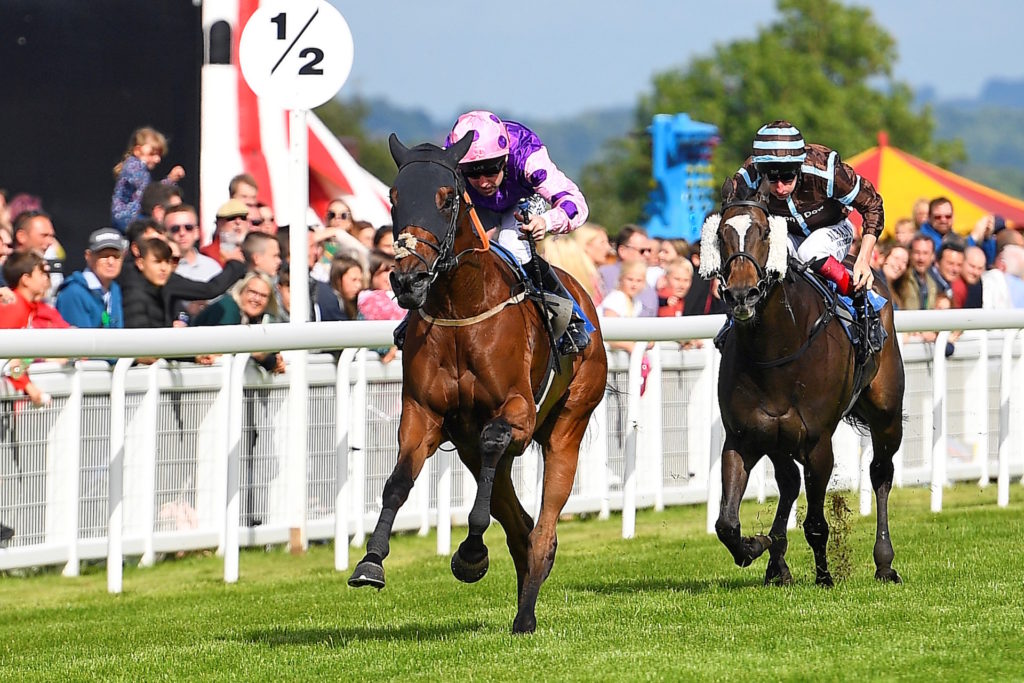 Salisbury racecourse hosted their Family Father’s Day race meeting, with a crowd of 5,000 including children, on Sunday 16th June.

Racing was complimented by plenty of children’s entertainment in the Sarum enclosure, including face painting, mini fairground rides, Crazy Creatures tent, puppet shows and inflatables. The next family days are on Wednesday 14th & Thursday 15th August. 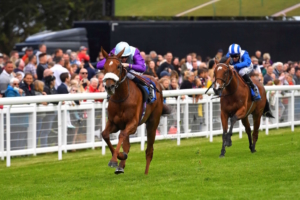 Oisin Murphy, was stood down from his four booked rides at Salisbury and missed two winners on the card.

The first of those was a comfortable win for Tribal Craft ridden by replacement David Probert, Salisbury’s 2019 leading jockey, in The WaterAid Mildren Construction Fillies’ Novice Stakes for trainer Andrew Balding.

The second winning ride that Murphy missed out on was in the last race, the 5-furlong sprint, where replacement jockey Liam Keniry steered Ed Walkers’ Maygold, who relished the conditions, to victory. 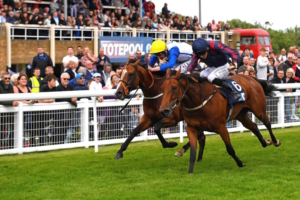 There was a welcome winner for Salisbury regular Mick Channon as Jungle Juice virtually led the whole way in the six-furlong race for apprentice George Bass in the Shadwell Racing Excellence Series handicap. It was a first career win under rules for Bass who scored on the 35th attempt.

Although the feature race on the afternoon card £50,000 Listed EBF Cathedral Stakes, only had 6 runners, it certainly didn’t lack excitement, as there was a dramatic finish between Clive Cox trained Snazzy Jazzy and James Fanshawe trained Archer’s Dream which resulted in a dead heat, something Clerk of the Course, Jeremy Martin can only recall happening a few times in his 19 years here. 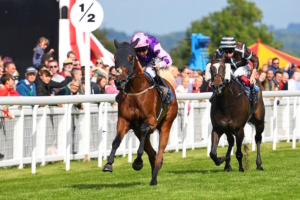 Elsewhere on the card, Roger Charlton’s Cambric was stepped up in trip on handicap debut and stayed on strongly in The Paul Elliott Memorial Handicap under the mount of Jason Watson.

The Mark Johnston trained colt Praxeology made all and justified favouritism in the 6-furlong novice sponsored by Byerley Stud, under 2018 Flat Champion jockey Silvestre De Sousa.

Daddy’s Daughter was perhaps the most appropriately named winner of the day, striking from pillar to post on handicap and turf debut in the Cara Glass Handicap under an impressive ride from Robert Winston for dual purpose trainer Dean Ivory.

Salisbury racecourse race next on Wednesday 26th June, where they host a fixture eagerly anticipated by many, featuring the historic Bibury Cup.