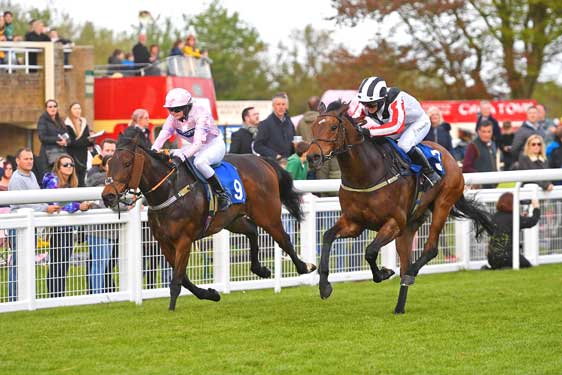 Salisbury Racecourse hosted its first race meeting of the 2019 season on Sunday and welcomed a crowd of 4,000 to their Byerley Stud sponsored Season Opener Family Day, on a dry but fresh-feeling day.

The eight-race card opened with an exciting win for David Evan’s sole runner on the card Good Vibes who got up under pressure in the hands of Harry Bentley to land the Byerley Stud Fillies’ Conditions Stakes, for owners Paul & Clare Rooney.

Roger Teal claimed his first win of the season at Salisbury with 25-1 shot Oxted in the first division of the seven-furlong Byerley Stud Novice Stakes. In the second division Biometric made a very promising racecourse debut for Ralph Beckett. The winner tracked the well fancied Songkran but passed the favourite on the run to the line. Biometrics’ win gave jockey Harry Bentley a double on the card after his earlier success on Good Vibes. 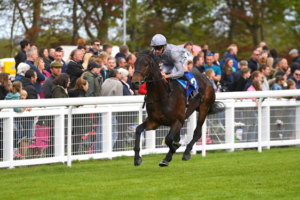 A photo finish saw the consistent type Mayfair Spirit take the 1m2f Join The Byerley Racing Club Handicap under a strong ride from Stevie Donohoe. Mayfair Spirit has now scored 2-2 at this distance and trainer Charlie Fellowes will be hoping for a bold bid at a hat-trick next time out.

Danny Tudhope travelled four hours for his one ride on the card and it could not have been more impressive as Eagles By Day stormed to a seven-length win in the British EBF Byerley Stud Maiden Stakes under Tudhope, in the Clipper Logistics colours. Eagles by Day holds an entry into the Epsom Derby, currently priced at 33-1. Nick Bell, assistant trainer to Michael Bell said, “Today he has done what we thought he would do and the next logical step for him will be to go for an upcoming Derby trial”.

The ‘City Bowl’ is one of the oldest races staged anywhere in the UK and was won by the legendary Eclipse in 1769. The Byerley Stud sponsored feature race of the day was won in striking fashion by the unbeaten Philip Hobbs trained Gumball under Silvestre De Sousa. The owner of the grey five-year-old, Terry Warner, is dreaming of more big race success and has the Ebor Handicap at York in August in mind.

Elsewhere on the card, well backed filly Ice Gala won decisively on her handicap debut under the mount of James Doyle in the colours of Cheveley Park Stud for trainer William Haggas.

Fieldsman justified favouritism, in the closing race of the card, on his stable debut for Tony Carroll. The handicap specifically for lady amateur riders was a tight finish as jockey Sarah Bowen held off Letmestopyouthere to win by a neck. 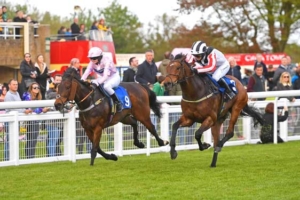 Aside from eight great races, there was also lots of fun to be had around the course with plenty of free children’s entertainment in the Sarum Enclosure which included a ‘Crazy Creatures’ tent, bouncy castles, puppet shows and face painting. Our next family themed day is on Father’s Day, Sunday 16th June.

Salisbury continue to race throughout the summer until Thursday 3rd October and tickets for all fixtures can be purchased online at tickets.salisburyracecourse.co.uk/.

Next meeting – Thursday 2nd May evening.