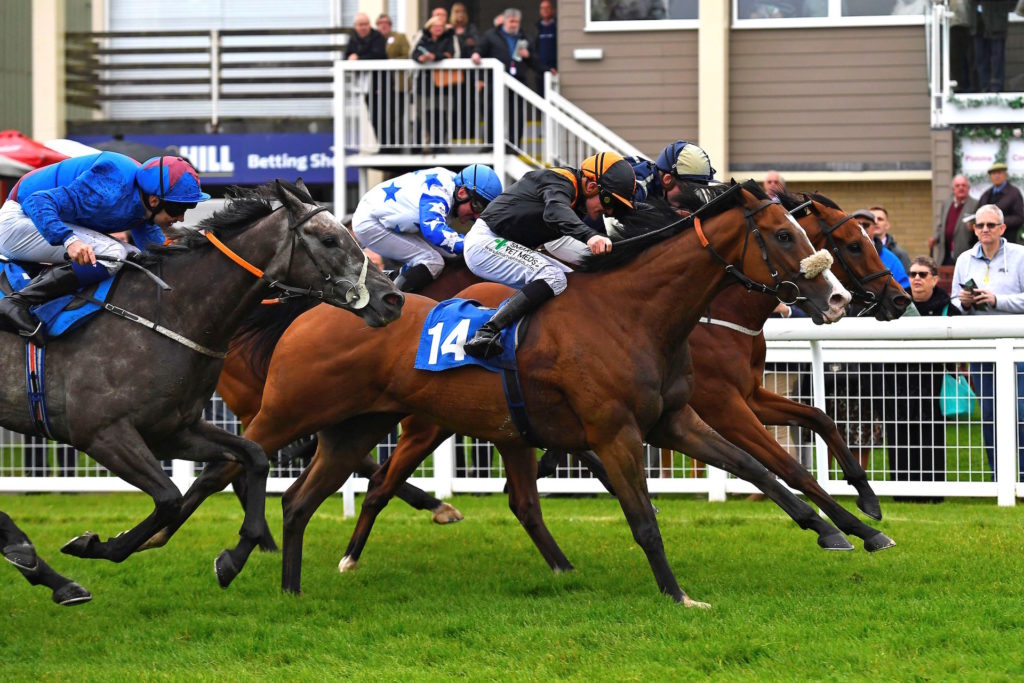 It was unseasonably damp and cold at Salisbury for their fifth fixture of the season. 32mm of rain in the 18 hours before racing meant the ground was soft, heavy in places.

The afternoon card opened with two divisions of the First Carlton Novice Auction Stakes, over 6 furlongs for 2-year olds. The first division was landed by in-form jockey Hollie Doyle & Gold Venture for trainer Archie Watson, who beat favourite Able Kane by three quarters of a length. 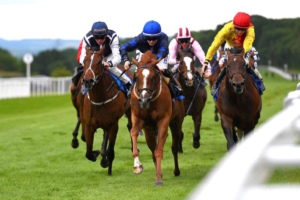 David Probert rode Grove Ferry to victory in the second division for Salisbury regular Andrew Balding. There was a promising racecourse debut in 2nd place for Eve Johnson Houghton’s Sword Beach and could well be one to keep an eye on.

Eye Of The Water stormed home in The Molson Coors Handicap to win by an impressive seven lengths and provided David Probert with a double on the card. The win gave Probert and trainer Ron Harris their second consecutive win in the race having teamed up last year with Glamourous Dream.

Tapisserie made the trip to Salisbury worthwhile for Ryan Moore, who was at Salisbury for just two rides. The 1/2 favourite, trained by Newmarket based William Haggas, cruised to victory to win by a comfortable three- and three-quarter lengths in the seven-furlong novice. 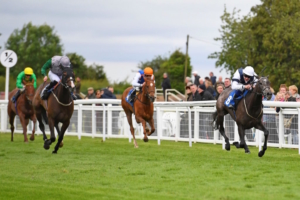 Elsewhere on the card, there were a few surprises. The first of those came in the Sorvio Insurance Brokers Maiden when 25/1 shot Mankayan, trained by Charlie Fellowes, overcame inexperience and pulled clear on racecourse debut under the mount of Kieran Shoemark. 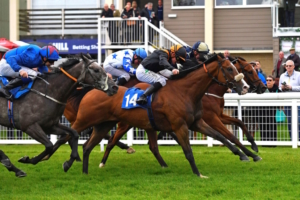 Local dual-purpose trainer Ken Cunningham-Brown also saddled a 33-1 winner, Loving Your Work, who had 22 unsuccessful runs before scoring here in the Deos Group handicap. Loving Your Work drifted under pressure from favourite Singing The Blues but jockey Kieran O’Neill regained the lead in the final stride and won by just a short head.

The day was rounded off with plenty of smiles in the Shadwell Racing Excellence Apprentice Handicap as apprentice Oliver Searle scored his first ever career win. Rod Millman’s Handytalk was pushed along from two furlong out under Oliver Searle and kept on well in the final furlong.

Salisbury Racecourse also hosted an Annual Subscribers drinks reception in the Bibury Bar. Annual subscription has now been reduced to £175 for the remaining season and Salisbury have 11 fixtures left.

Salisbury race again on Father’s Day, Sunday 16th June. Gates open at 12pm, children aged 17 & under get free admission into any enclosure and there is plenty of free children’s entertainment.