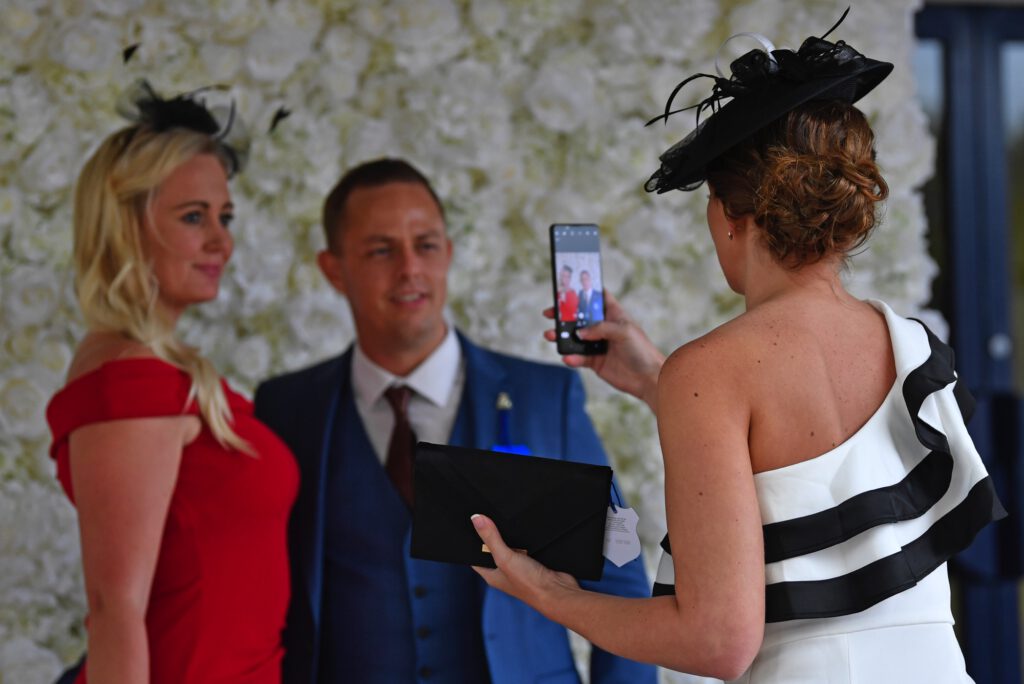 Make the most of your time at Salisbury Racecourse.

Please click on the following link for the Great British Racing website to find out everything you need to know about going to the races including what to wear, where to watch, how to bet and some of the racing jargon.

Is there a dress code?

There is a ‘Smart Casual’ code for racegoers in the Bibury Enclosure. Smart jeans only – no ripped or faded denim. No sportswear. Smart trainers and tailored shorts are now accepted. Collared shirts and trousers for gentlemen, but ties are not essential. Grandstand & Paddock and the Sarum Enclosures are a little more relaxed and we would advise that you dress according to the weather.

The Company reserves the right to refuse entry to any person considered to be inappropriately dressed.

Can we bring our own food into the enclosures?

Picnics are allowed in the Sarum Enclosure, however, visitors are not permitted to bring their own alcohol into any enclosure.  Bags may be searched on entry to the Racecourse.

What about refunds & cancellations, lost or stolen badges?

No, only registered Assistance Dogs are allowed in the enclosures. Security patrol car parks on a race day and any dogs left in cars on site will be reported.

Will the big TV screen be at Salisbury?

Yes, the big screen, opposite the Stands, will be at all 16 race meetings in 2021. There will also be a smaller screen near the parade ring.

Are there cash point facilities at the racecourse?

Please note that there is no ATM at the racecourse. All our bars accept card payments but if you do need cash, the Tote are happy to offer cashback with a minimum £5 bet.

Can I take photographs?

Yes, as long as it is not for commercial use. Please share & tag us in any photos on social media! Please ensure that flash is not used, as this can scare horses. If you are a professional photographer, you need to obtain a photographers armband at the discretion of the racecourse management.

What sort of racing is it?

Salisbury is a Flat Racecourse which means there are no fences to be jumped over.

At Salisbury there will be a mix of race types, but the majority of which are Handicaps and Maidens. A Handicap is basically a race which pitches horses of similar ability against each other, with the highest rated of the runners carrying the highest weight and so on. A Maiden Stakes is a race for horses yet to win a race. This does not necessarily mean they are of poor ability. In fact, far from it, as often the very best horses start their racing careers in Maidens, before going on to greater things.

Salisbury has a reputation for being a course where racehorse trainers often run their top prospects before they go onto bigger races. In recent years, the 2006 Derby winner, Sir Percy, and the 2008 Oaks winner, Look Here, both won at Salisbury as two year olds. Recent St Leger winners Simple Verse (2015) and Harbour Law (2016) both won at Salisbury before their famous wins, and the 2000 Guineas winner of 2016, Galileo Gold, won at Salisbury the year before. Going back a bit further, Mill Reef and Brigadier Gerard won here in the 1970s before becoming equine superstars!

Top jockeys often race at Salisbury. Not many people know this but the legendary Lester Piggott made his public debut at Salisbury in 1948 in an apprentice jockeys race aged 12 and weighing just 5 stone.

How do I pick a winner?

Now that’s a great question! Going to the races and selecting your horse(s) is all part of the fun, and the feeling of victory is a real thrill as your selection passes the winning post first – even if you have only won a few pounds – it doesn’t matter! However, a good rule is only bet what you can afford to lose and if you get a win or two to cover your day out, or if you make a bit of profit, then that is a big bonus!

Racecards are available at each of the enclosure entrances and at the main Racecourse Office window.

Please do remember that racehorses are not machines and can be a little bit unpredictable at times. Please be alert and keep close attention on any children with you.

What are the betting options and what is the minimum bet?

Betting can be with bookmakers or ‘bookies’ as they are often known; at totepool betting windows or in the racecourse betting shop operated by William Hill. The totepool betting windows are located in numerous locations around the course. The minimum win bet is £2, and minimum each way bet (win and place) is £2 each way, which costs £4. The are many other types of bets, most of which are perfectly straightforward to beginner’s. The racecard will include details of these bets or don’t hesitate to ask a member of the staff, at the window, for assistance.

The bookmakers are located just in front of the tall Grandstand. Some bookmakers will accept £2 minimum bets and others £5. A bookmaker wants you to bet with him, so don’t be scared to ask for advice about betting if you are unsure.

The William Hill racecourse betting shop is located near to the bookmakers and it is here where smaller bets can be placed if necessary. The betting shop offers services similar to those available in any normal high street betting shop. Again, staff in the shop will assist any inexperienced racegoers.

Are there first aid facilities?

First Aiders and a Racecourse Doctor are on duty at all race meetings. In the event of feeling unwell please see a member of staff for assistance.

What should I do if I need some advice or if I have a problem on the day?

The stewards on duty at the racecourse will help as best they can. Alternatively, please visit the racecourse office located near the weighing room, where the staff will be happy to assist you.

Where can I stay?

There are plenty of good hotels and B&B’s in the area.

Try these links which detail a wide variety of places to stay: www.visitwiltshire.co.uk/accommodation

We are also happy to suggest the 4 Star Milford Hall Hotel & Spa in Salisbury city centre.

We also recommend the 4 Star Norton Park Hotel near Winchester.

Both these hotels provide prizes at our Ladies’ Evening event.

Where to go next

Make the most of your time at Salisbury Racecourse and explore the full range of services we offer to make your day unforgettable. 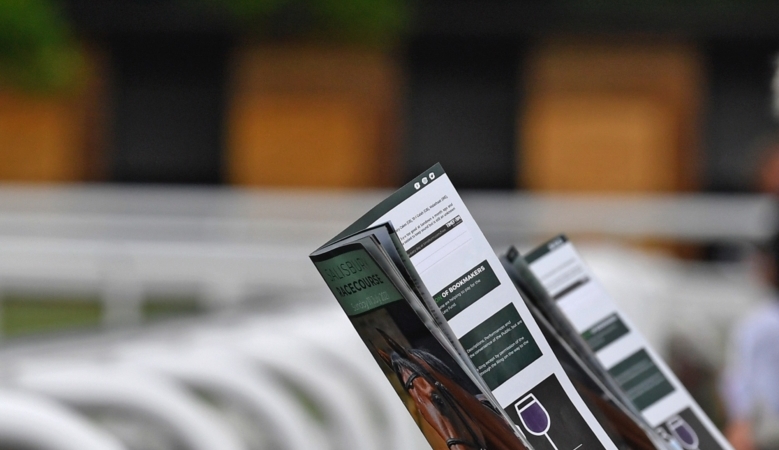 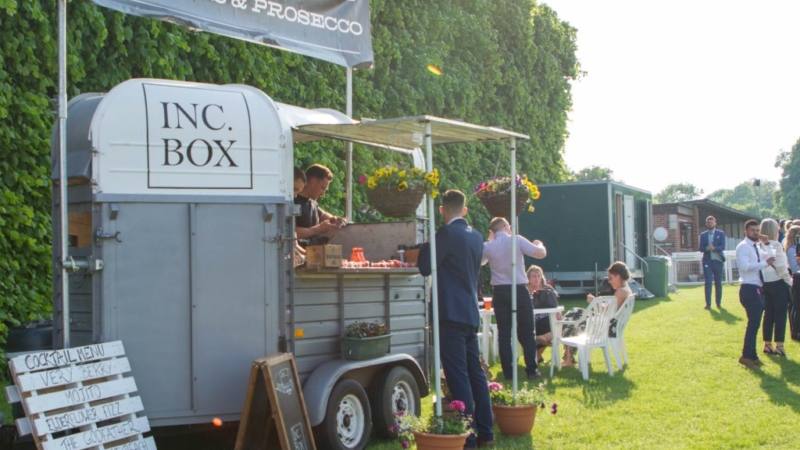 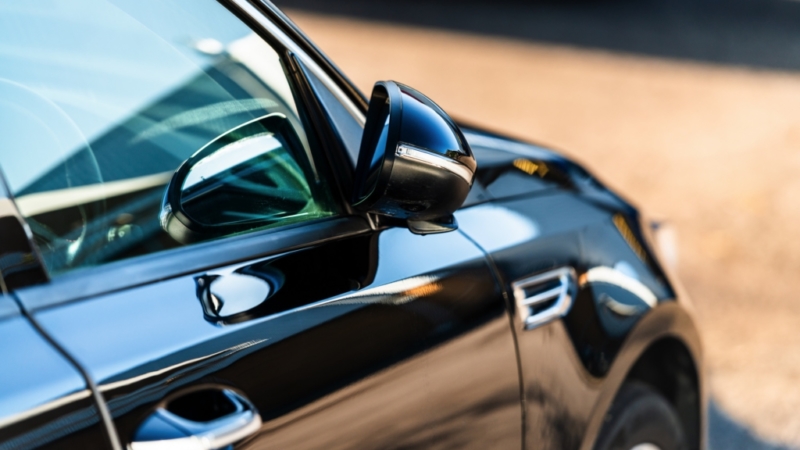 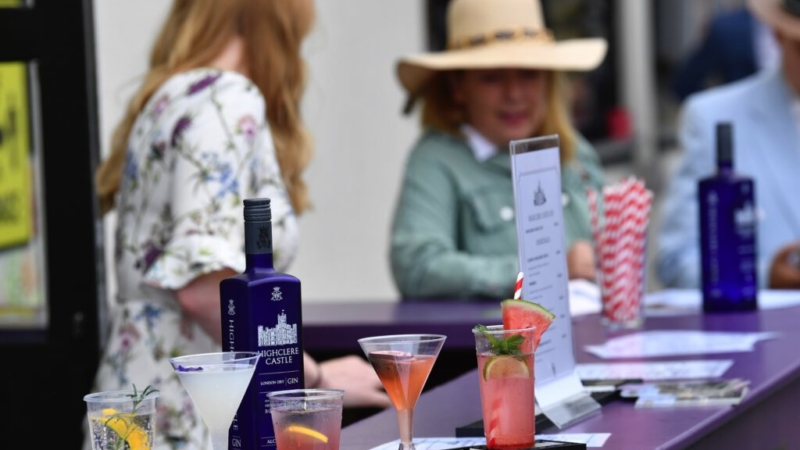 Evening Racing & “Back on the Track!” with Greatest Hits Radio & Martin Starke

Get your tickets now!

Make your next evening out a night to remember.