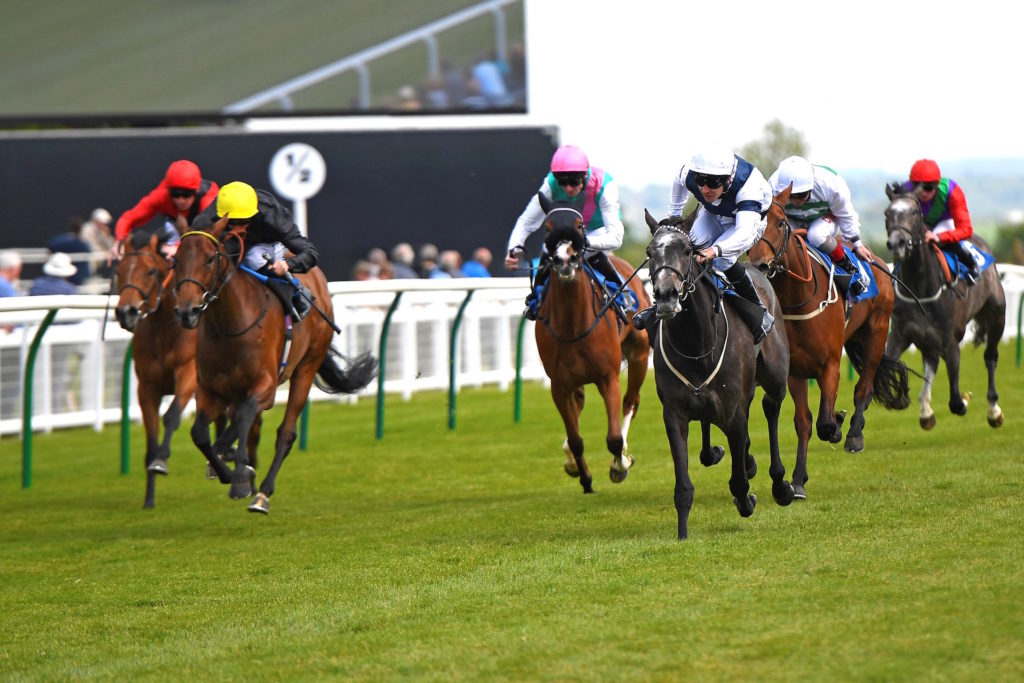 Salisbury Racecourse hosted its third raceday of the season on Thursday 16th May.

The eight-race card opened with a stylish debut win for Andrew Balding’s Symbolize to land The Simon & Nerys Dutfield Memorial Novice Stakes under David Probert. It was Balding’s first 2-year-old winner of the season.

Jockey Charles Bishop scored a double on the card. The first leg of the double came in the £20,000 1m2f feature Byerley Stud British EBF Handicap onboard Bella Vita for Eve Johnson-Houghton. “She shows nothing at home, I mean nothing” Johnson-Houghton was definitely surprised by Bella Vita’s performance who challenged on the outside and ran on well in the final furlong. 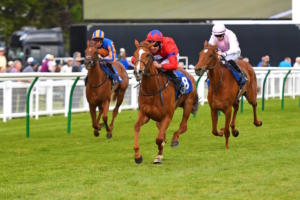 Henry Candy trained La Lune gave Charles Bishop his second win on the card in the second division of the Smith & Williamson Novice. The filly stepped up from her 66/1 debut at Sandown to beat John Gosden’s even money favourite Stratification.
John Gosden also suffered defeat on the York card in the Dante as Derby hope Too Darn Hot was beat by Hughie Morrison trained Telecaster.

However, Gosden gained minor compensation in The Penang Turf Club Malaysia Novice at Salisbury when Humanitarian justified favouritism and won comfortably on seasonal debut for the Newmarket stable.

Elsewhere on the card, Motivate Me won the first division of the Smith & Williamson Novice for Roger Varian, with Jack Mitchell onboard.

The consistent Chitra scored on seasonal debut for trainer Daniel Kubler and jockey Richard Kingscote in the 6f handicap. A tight finish saw the determined filly hold off Spirit of May to win by a neck. 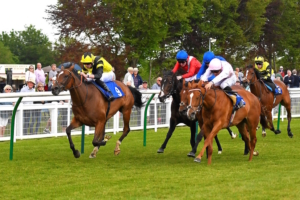 The card was rounded off with a win for apprentice Stefano Cherchi onboard the consistent Marshal Dan in the Shadwell Racing Excellence Apprentice Handicap.

Salisbury race again on Saturday 25th May. Gates open at 3pm and after racing there will be a 2-hour show from Martin Starke at Spire FM.